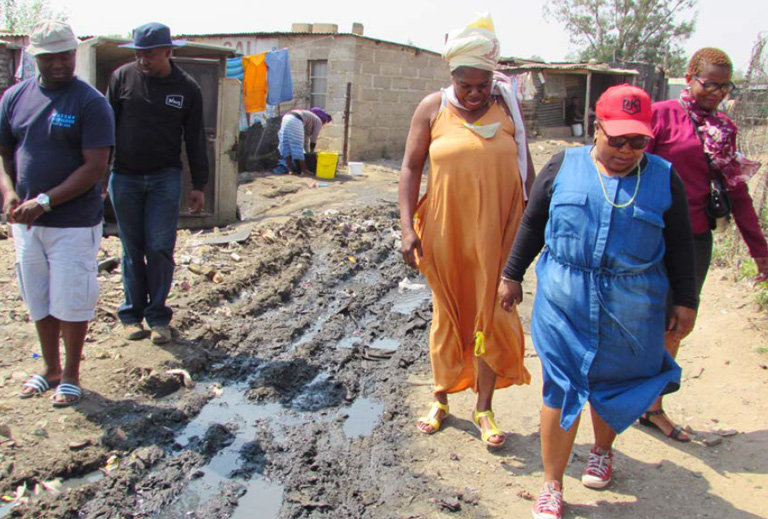 After President Cyril Ramaphosa called for a cleaning campaign in the country’s’ townships, Diepsloot Councillor Kate Mphahlele has taken it upon herself to continue with the cleaning campaign.

She asked the residents of Diepsloot to stand by her side as the cleaning campaign dated on the 14th and 15th of February 2019 approaches. She told Noweto News that hygiene is one of the most important aspect that the community need to focus on. She says some of the diseases and health related problems can be avoided.

Mphahlele also appealed to the community to make use of dustbins once they are delivered to those who will come and apply for them.

Councillor Kate Mphahlele was seen doing a walk about with City of Johannesburg officials and some community stakeholders last September at Diepsloot extension one. In this walk about also the issue of hygiene took a centre stage.

Diepsloot extension one residents welcome the cleaning campaign. They told Noweto News that such a campaign should be done on a weekly basis.

Diepsloot extension one resident Ntokozo Shiba told Noweto News that damaged sewage pipes and tap leakages should also be part of the cleaning campaign. She was complaining about some of the water that flows in between shacks saying they are health hazardous.

Mbongeni Nkosi* who has been living in the area since year 2000 also welcomed the cleaning campaign. He says his biggest concern is crime that need to be addressed. “If you are cleaning an area it is very important to also clean the area even in terms of crime” said Nkosi. He then promised to form part of the campaign.