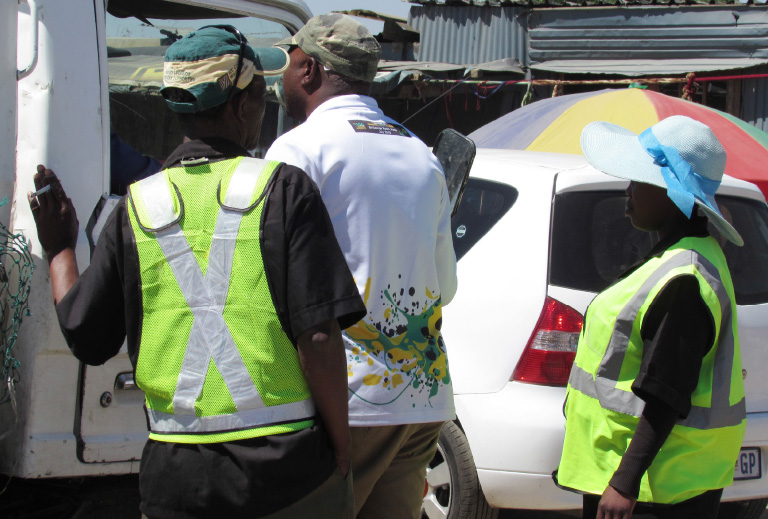 Zandspruit community members have united to stop illegal dumping that occurs daily in their area. The community members are watching every entrance of the area, making sure no vehicle comes in to dump rubbish.

The community members were summoned by their councillor Victor Mafinya, who proposed the initiative to them. The councillor is currently compensating them with only lunch from his personal funds for volunteering.

Isaac Masimola is one of the community members volunteering to guard the entrance to the area. Masimola says most of the rubbish dumped in the area is from the surrounding suburbs. He says trucks and vans just show up any time during the day and dump anywhere they want.

“I just want the people living in the nearby areas to understand that Zandspruit has humans living in it, we would highly appreciate it if they respect us and our area. They can use areas of public dumping and no one can fight them” stressed Masimola.

Masemola also raised concerns about other people who want to proceed and dump rubbish by force after being warned not to. He said under such circumstances JMPD is called to take over the matter. Masemola and his team make sure the vehicle does not leave until JMPD arrives.

He also complained about new enemies he make while doing his job. “Some residents earn their living through recycling. When we stop vehicles from dumping in the area they complain.” Said Masemola. He said no matter what happens illegal dumping in his area will stop at all cost.