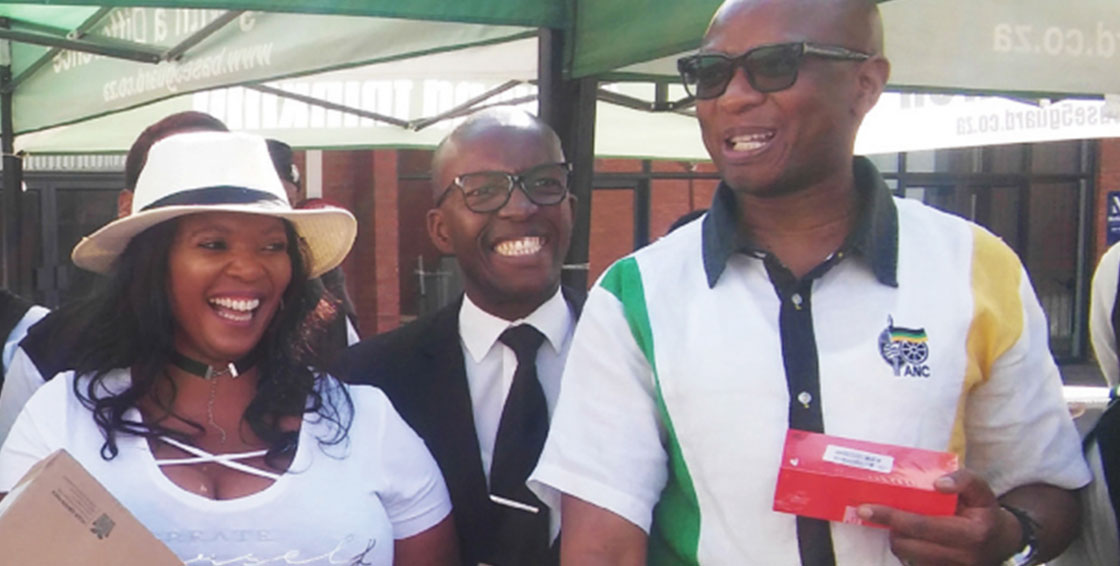 Base 5 Guard has been up on heels doing community work like cleaning campaigns, donating to local Non Profit-making Organisations and schools. The security company has now donated 10 laptops and cell phones to Greater Soweto youth desk in various wards.

The donation was made after President Cyril Ramaphosa’s visit to Protea Glen early March this year. The President raised concerns about the shortage of communication gadgets for the entire greater Soweto ANC youth desk. That was when Base 5 Guard Managing Director Lucky Moshimane pledged to donate 10 new laptops and cell phones.

Moshimane said he had to respond to that call by the President because young people are the future of the country. He says the young people had a shortage of communication tools, to use when running their programs.

Moshimane says he expect the young people to run their youth empowerment programs successfully, as he has met them halfway with communication resources. Moshimane further urged other business owners to support young people and their programs.

The handover of the gadgets was done at Luthuli House and warmly received by ANC National Executive Committee Member Zizi Kodwa, Where Moshimane was invited by the President for a meeting.